The coolest thing happened at the aquarium. Well, two cool things and one really crappy thing. The sea creatures were working in my favour somehow, and I ended up with some amazing Cthulhu shots. Unfortunately, I can never figure out the lighting in that place, so a lot of them are blurry.

However, the amazing part is this: When we were over at the jellyfish tank, the octopus next door started going crazy. I've only ever seen this creature sleep (much to my overwhelming disappointment), and suddenly she's all over the place in a frenzy of froth and tentacles.

For those of you who are stumbling upon this blog for the first time: Hi! And here's some background: Nearly a year ago, I had started a casual photo/writing project on another site called "Cthulhu and Me", which basically chronicled the adventures of myself and Zelfthilfygnan "Zelly" Cthulhu (Cthulhu, Jr.). The character has developed into something I've truly grown to love, so much that it's actually kind of rare to catch me without him stowed away in my bag (except at work, due to a combination of I was getting made fun of too much and he was scaring the children).

I thought it was the perfect photo-op for little Zelly -- you know, a great postcard for him to send home to his father -- and that seemed to push the octopus right the hell over the edge. 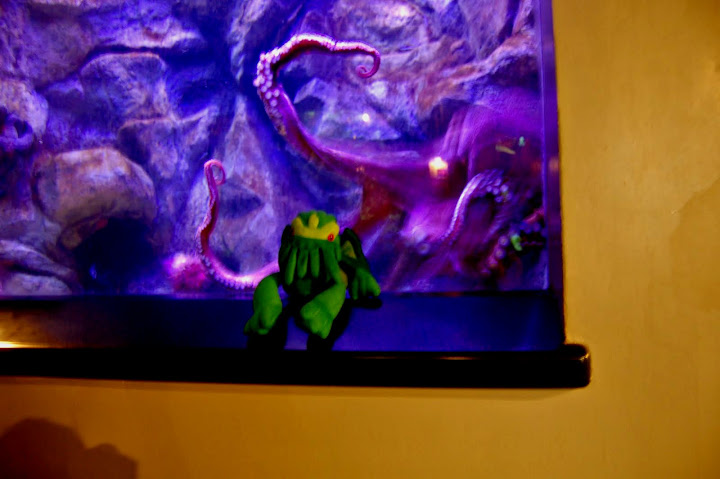 I really wish the lighting conditions hadn't been working against me. But it was one of those things that was happening so fast that I didn't have the time to play around with settings -- It was one of those once-in-a-lifetime kind of moments. So, yeah, I'm aware that the following photographs are like a half-step up from being total crap, and the only reason they aren't is because they're so unbelievably awesome. 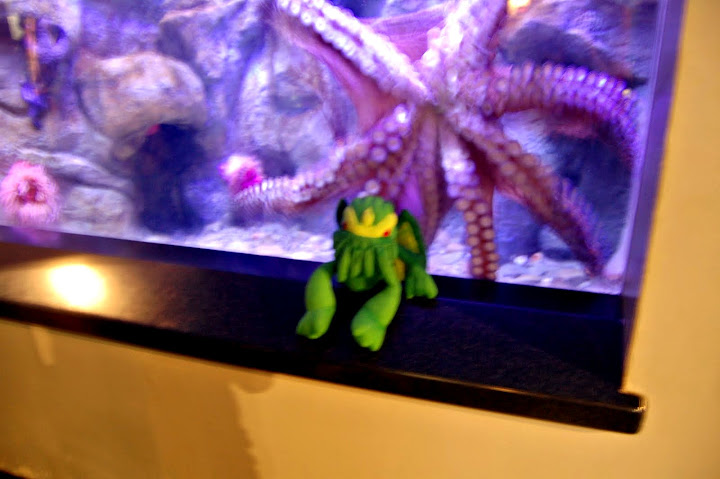 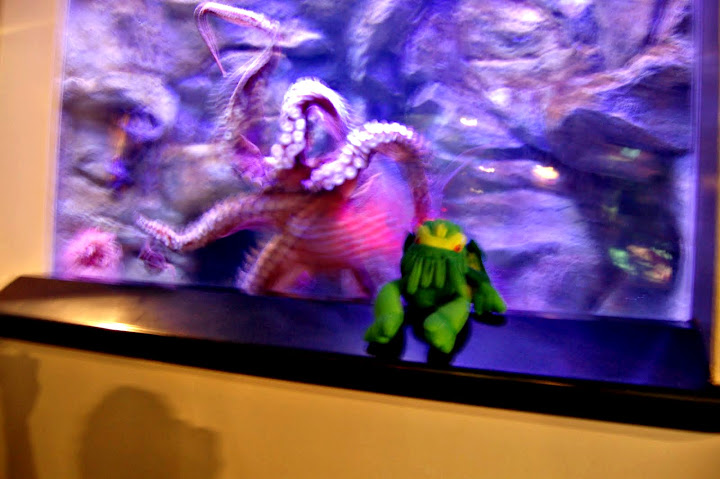 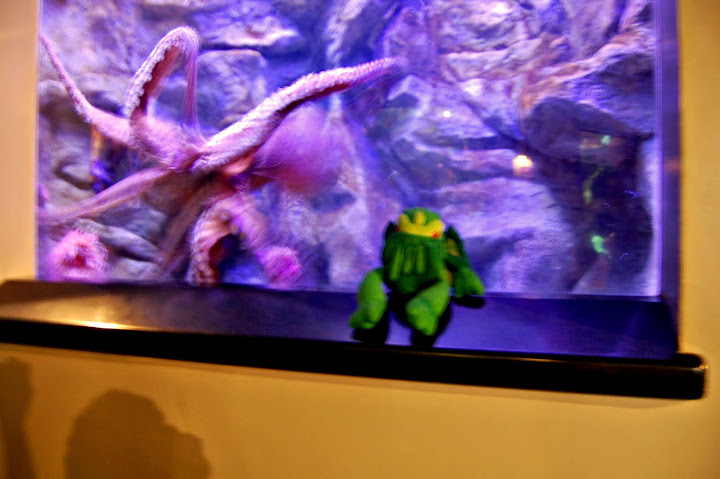 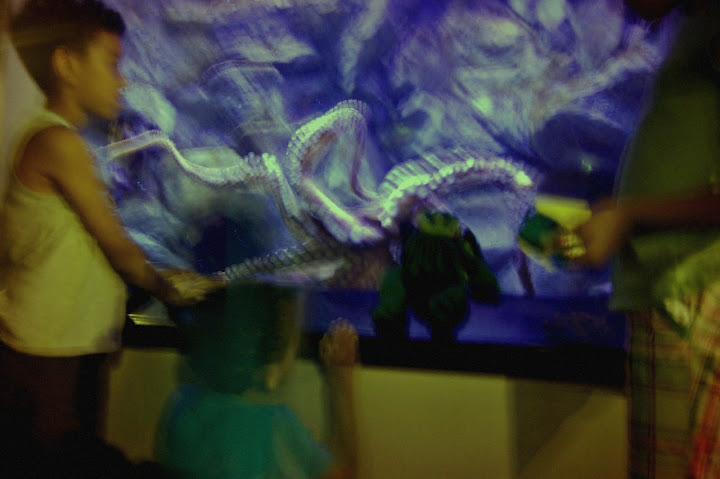 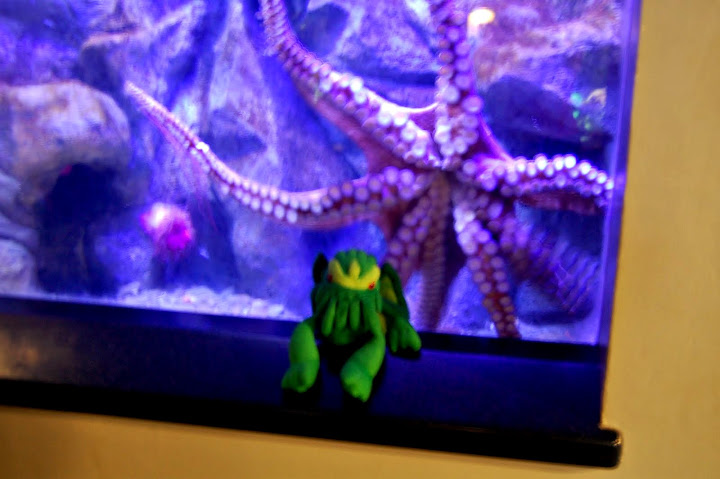 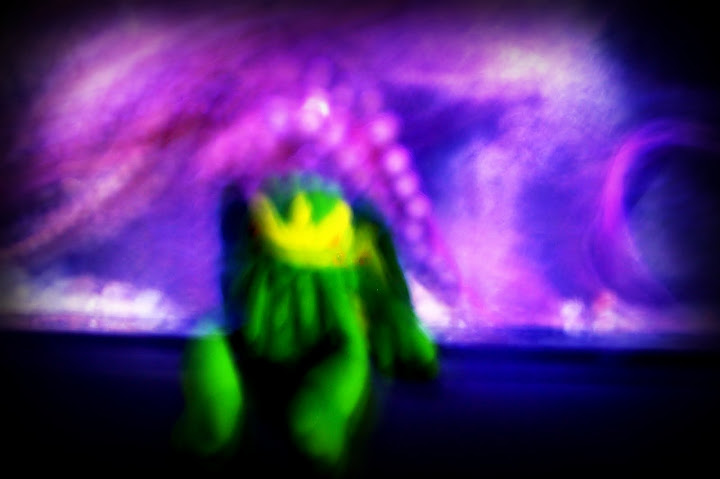 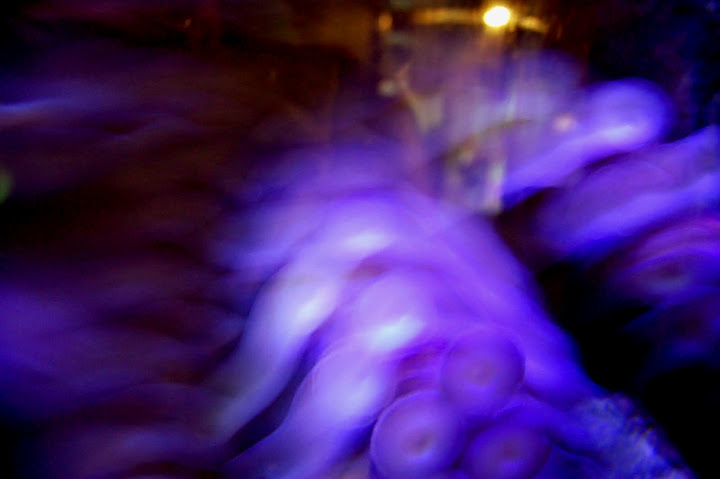 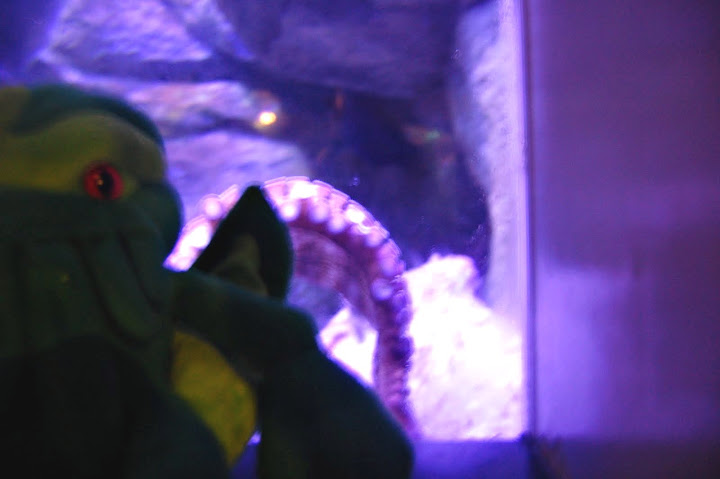 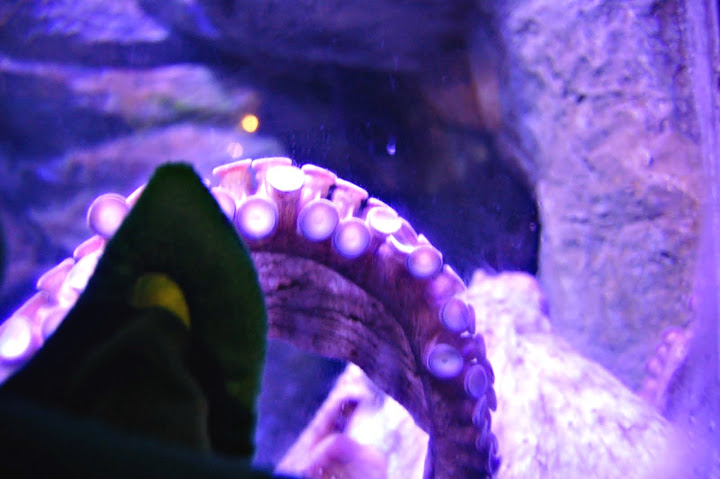 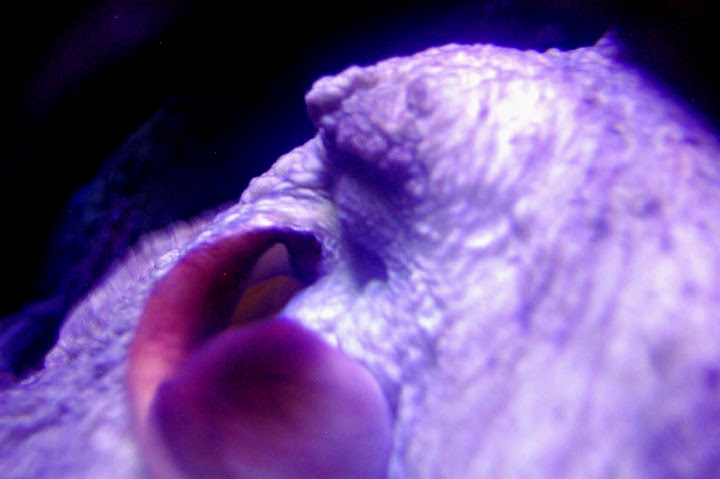 A friend on Facebook said "Wouldn't that be sort of like Jesus showing up for us?" I guess I can't argue with that. So, if the cephalopods rise up and start killing us all, I apologize in advance.

To top it off, there's a vaguely Lovecraftian symbol that takes up half the wall. It didn't used to be there. Zelly and I proudly posed in front of it. 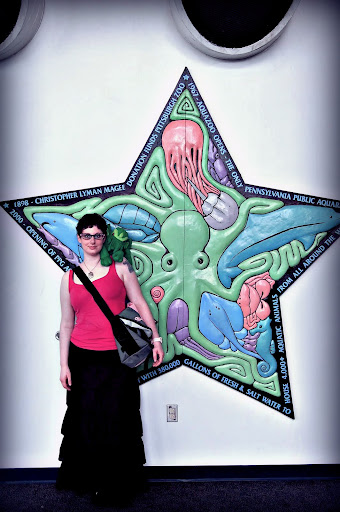 Email ThisBlogThis!Share to TwitterShare to FacebookShare to Pinterest
Tags: cthulhu and me, Photography, pittsburgh, zoo