I took a lot of pictures at the zoo. For not being able to remember the last time I touched my camera, I didn't do too bad.

Seeing as I took around a hundred photos (and ended up deleting a few during the editing process), I think I'll make a few posts over the next week with groups of shots instead of all of them at once. Like five people read my blog, anyway, so it doesn't really matter. And it gives me a sense of accomplishment whenever this thing gets updated every day, even if it is with pointless crap.

So, for today's installment, I'm going to squeal a bunch of times (which, thankfully, you can't hear) before saying "Guys! I love my telemacro lens!" and show you some awesome pictures of tigers. 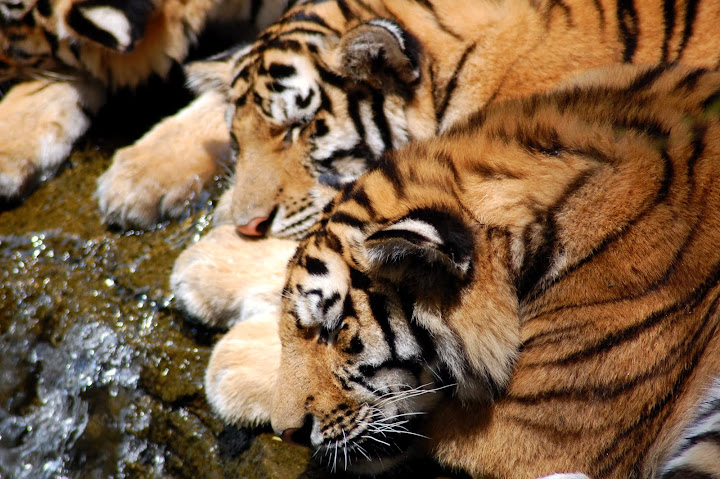 I was across some gorge and standing next to a screaming toddler covered in melted ice cream. I would have preferred to join the tigers. 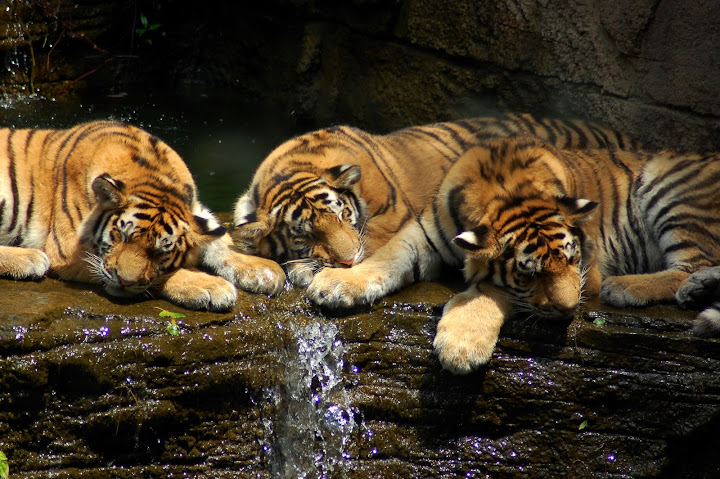 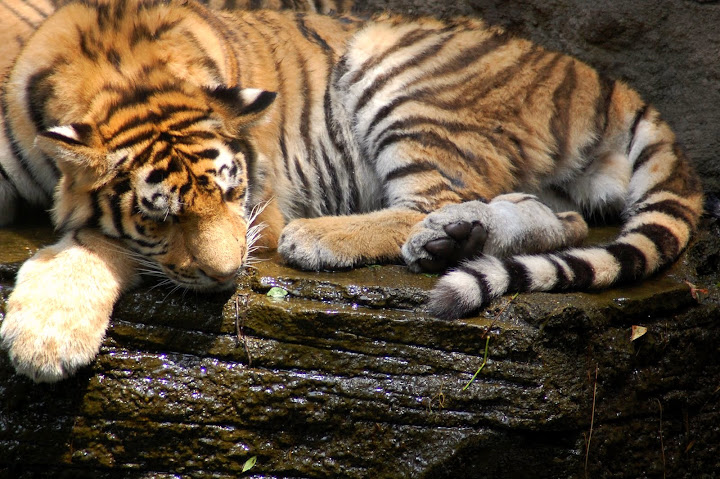 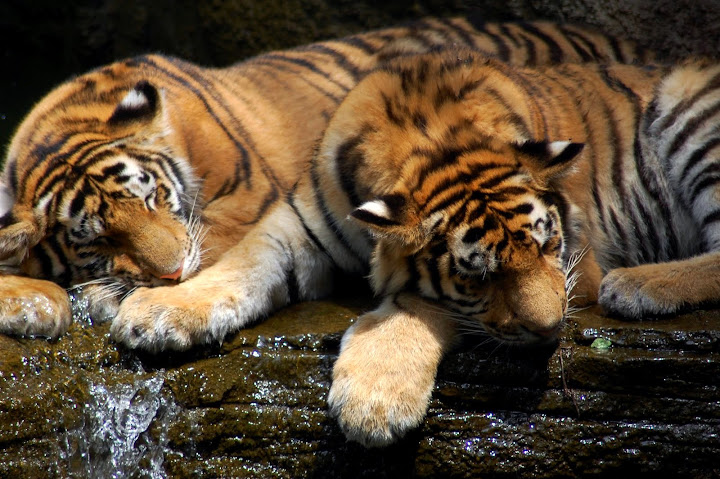 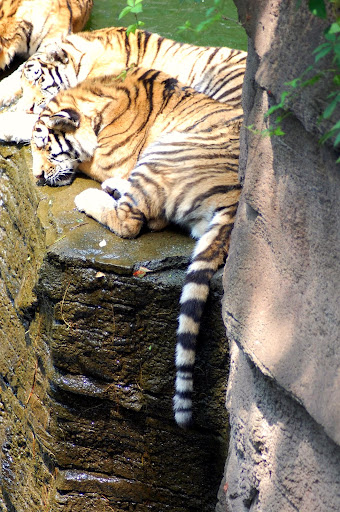 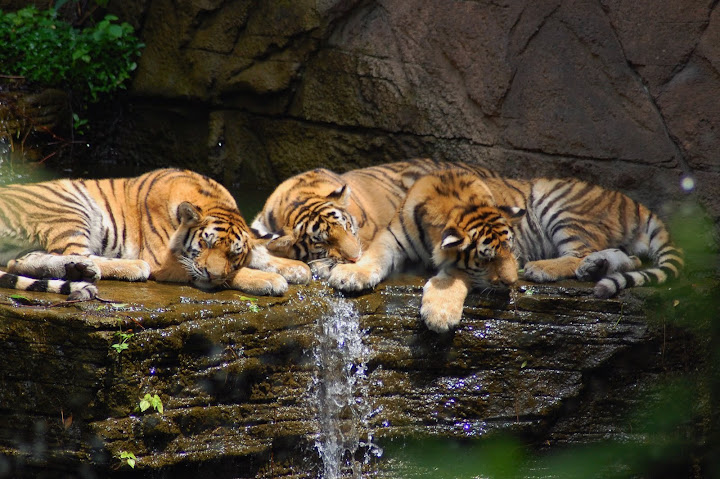 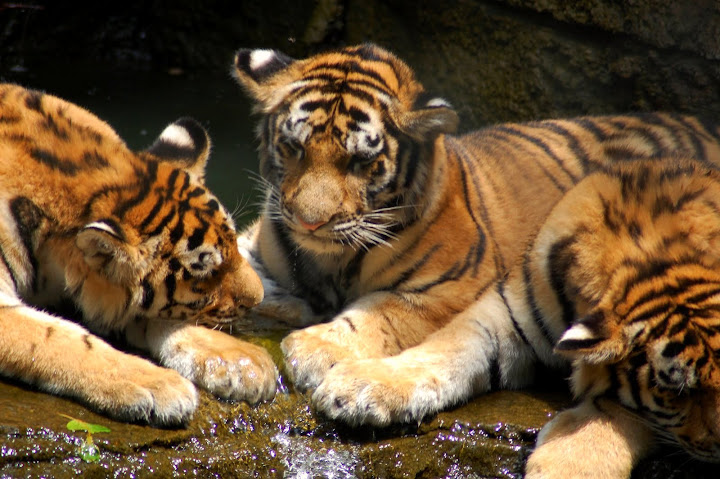 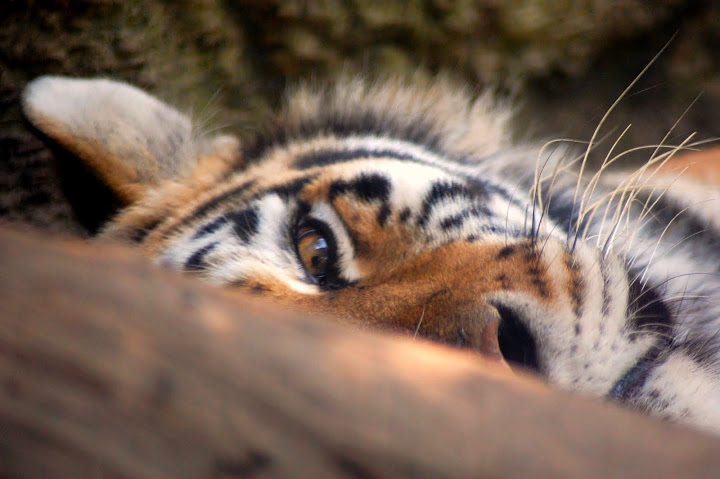 The telemacro lens does a good job of making it seem like you're actually in the middle of the action. For that last one, I was looking through the viewfinder, and the tiger moved suddenly. I'm not going to lie: I jumped about six inches. As cuddly as those things can seem, I don't think I'll ever lose my respect for the fact that they're carnivorous killing machines (and really, really good at it).
Posted by Brianne at 10:40 AM